One of the easiest day trips from Madrid is to Alcalá de Henares, the hometown of writer Miguel de Cervantes. While famous for its university, the town is a quaint one and known for its classic charm. The pace is much slower than that of Madrid, making it a relaxing escape from the bustling capital. Visitors can explore the childhood home of Miguel de Cervantes, examine the imposing stones of the old university, and sample the famous local tapas. Keep an eye out for the storks, as well – they love to build nests atop the noble buildings of this town. Alcalá de Henares owes its UNESCO World Heritage status to the fact that it was a university city before other towns thought to create such centers. Indeed, Alcalá de Henares was one of the very first towns to be constructed with a university in mind, and other European cities later looked to Alcalá for inspiration when constructing their own colleges. Since the historic center was built specifically to provide a first-class education, many of the impressive buildings encountered in Alcalá de Henares belong to the university. 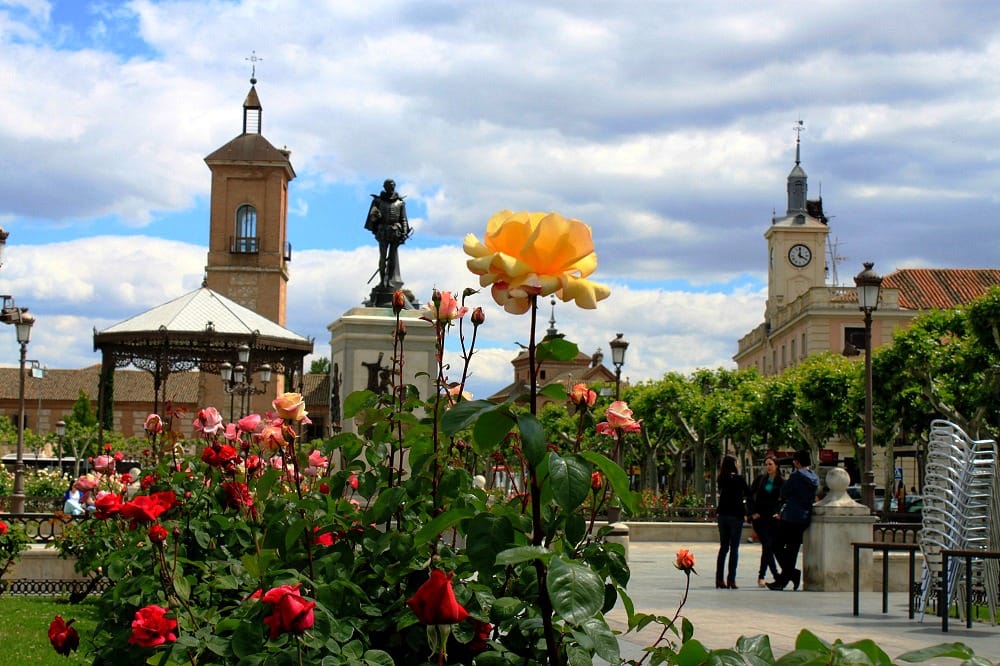 The university fans out from the main square, Plaza de Cervantes. Many bars and restaurants have terraces here, so sit outside to fully enjoy the ambience. This pleasant square is the scene of ever-changing events; it hosts an ice rink in winter and an open-air theater in the spring. It is especially beautiful in May and June, when the roses are in bloom. Don’t miss the Medieval Fair in October, which fills the square and the surrounding area with barbecued foods, costumed actors, and colorful street vendors. A short stroll from the main square, the childhood home of Miguel de Cervantes can be visited free of charge. Step inside and imagine what it was like to live in this two-story building during the 1500s. The walls are hung with a few paintings and religious icons, just as they might have been during the time when Cervantes was a boy. Exhibits on the second floor reveal what daily life was like in a comfortable residence such as this one in the 16th century. Outside the house is a bench where you can snap a picture with playful statues of Don Quixote and Sancho Panza, Cervantes’ most beloved characters. 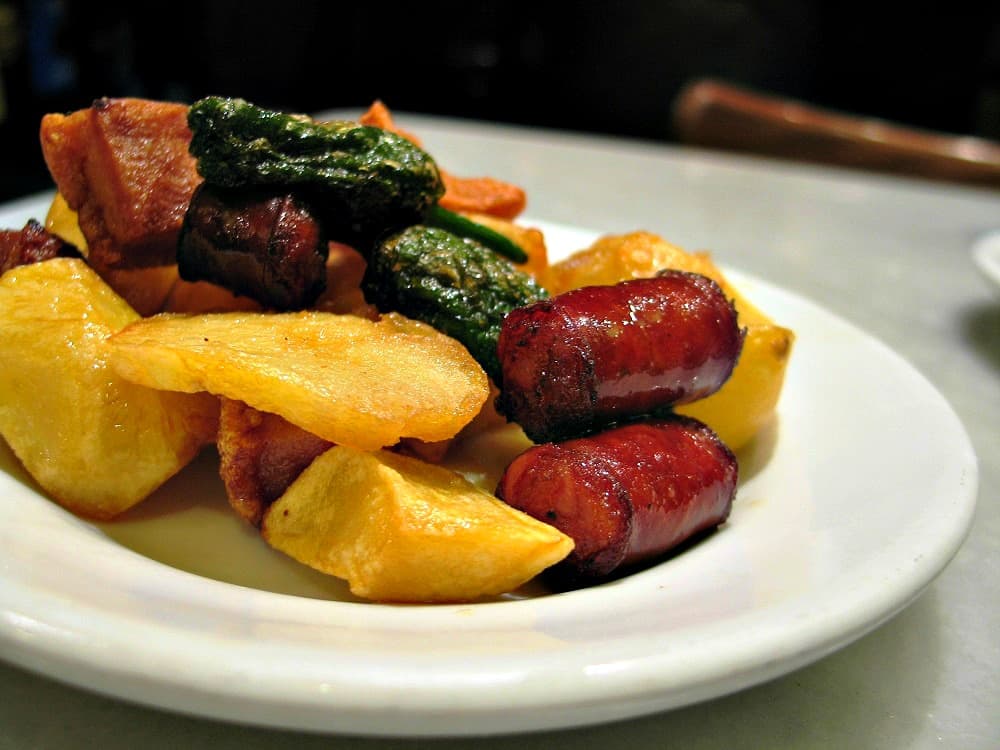 Restaurants in Alcalá de Henares offer something that those in Madrid often don’t – free tapas! Upon ordering a drink, be it a soda or a glass of local red wine, you’ll be asked to choose a tapa free of charge. Each bar has their specialties, but typical tapas in Alcalá de Henares include the Spanish potato omelet, toasts with assorted toppings, and even sandwiches. Expect to pay between 2.5 and 3 Euros for a drink, but remember this price comes with the snack included.

To reach Alcalá de Henares, take the train from the Atocha train station, or catch the bus from Avenida de América.