Casa Batlló is a stunning architectural building on Passeig de Gràcia, in the Eixample district, and a prominent feature of Modernist Barcelona. 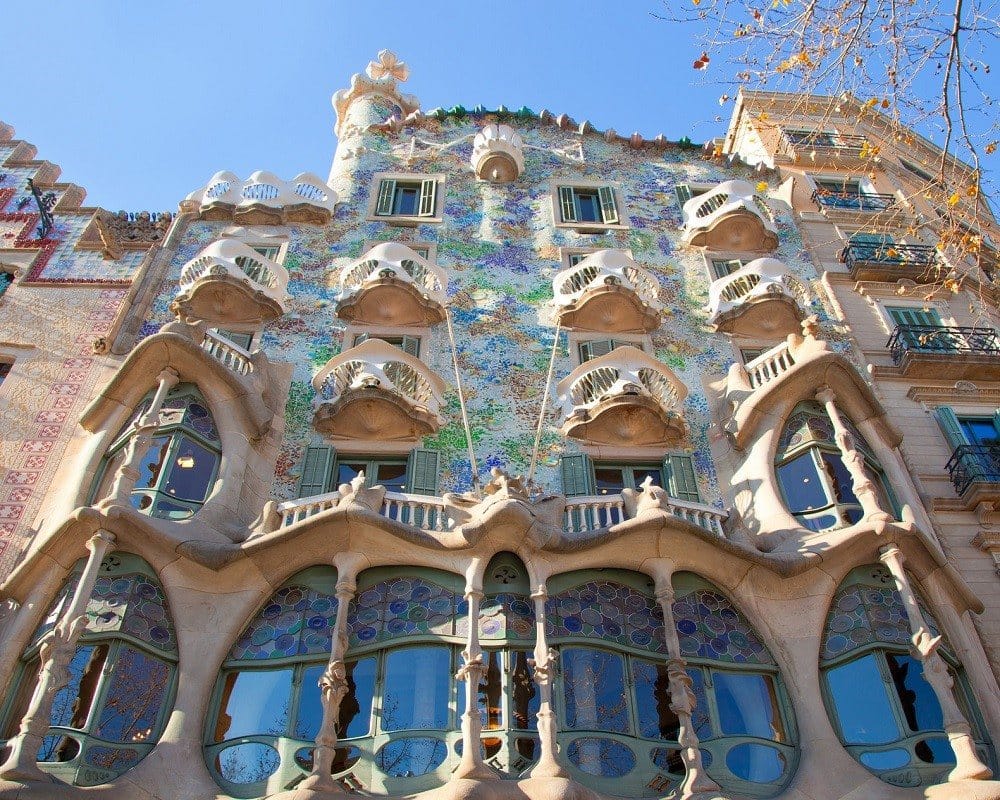 It was built between 1904 and 1906 by the renowned Catalan architect Antoni Gaudi as part of the Illa de la Discordia (Block of Discord), a complex of houses designed by some of the most illustrious Modernista architects, including Puig I Cadafalch (Casa Amatller) and Domènech i Montaner (Casa Lléo Morera).

Also called Casa dels Ossos (House of Bones) due to its organic allure so noticeable in the works of Gaudi, the house was intended as an apartment building and the residence of the Batlló family, who lived on the lower floors.

The inspiring façade made of sandstone and glass is dominated by curvilinear undulations, wrought iron balconies, and colorful ceramic mosaics, giving the impression of a fantastic spectacle, just like Gaudi’s other masterworks. The rooftop and the interior are equally gorgeous.

Nowadays, the fairylike venue plays host to a number of events, most of its sections being also available for hire. Casa Batlló is open to the public and can be visited every day.