Stretching from the Columbus Monument at the end of Rambla del Mar to Barceloneta neighborhood, Port Vell is the oldest and liveliest area in the Port of Barcelona. Just like many other sights in town, Port Vell was built for the 1992 Barcelona Olympics. 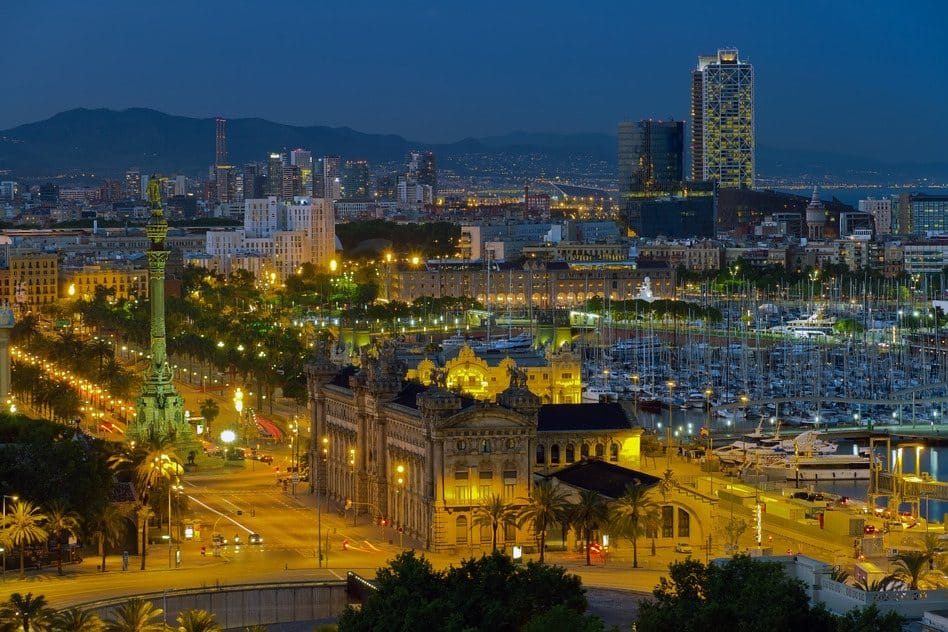 With a variety of tourist attractions, restaurants, entertaining opportunities, and a state-of-the-art marina underway, Port Vell has become an emblem of Barcelona. Highlights include the Maremagnum, the IMAX Port Vell, and Barcelona Aquarium, which is the largest in Europe.

Popular among tourists and locals alike, Maremagnum is a prodigious shopping center by day that transforms into a completely different place by night, when a selection of bars and clubs known as “The Village” keep the guests entertained until the early hours of the morning.

Other notable attractions in Port Vell include the Barcelona Royal Shipyard (Atarazanas Reales de Barcelona), where visitors can found the Maritime Museum of Barcelona, as well as the impressive Palau de Mar – the only warehouse that survived the drastic 1992 urban renewal project. Nowadays, the beautiful building houses the Catalan History Museum (Museu d’Història de Catalunya) and a great selection of restaurants. Port Vell is one of the finest shopping, nightlife, and entertaining spots in Barcelona, and the setting of Torre Sant Sebastia, a 78 meter tower from where visitors can take the cable car to Montjuic.