5 Reasons to Visit Seville in Spring

There’s no better time to visit Seville than during spring, when the sensual Andalusian capital comes alive with fantastic festivals, colorful displays, and bustling outdoor cafes. This is also the time when the sweet scent of orange blossoms fills the air and Seville’s cultural calendar reaches its height with the celebration of Easter and the flamboyant Feria de Abril. 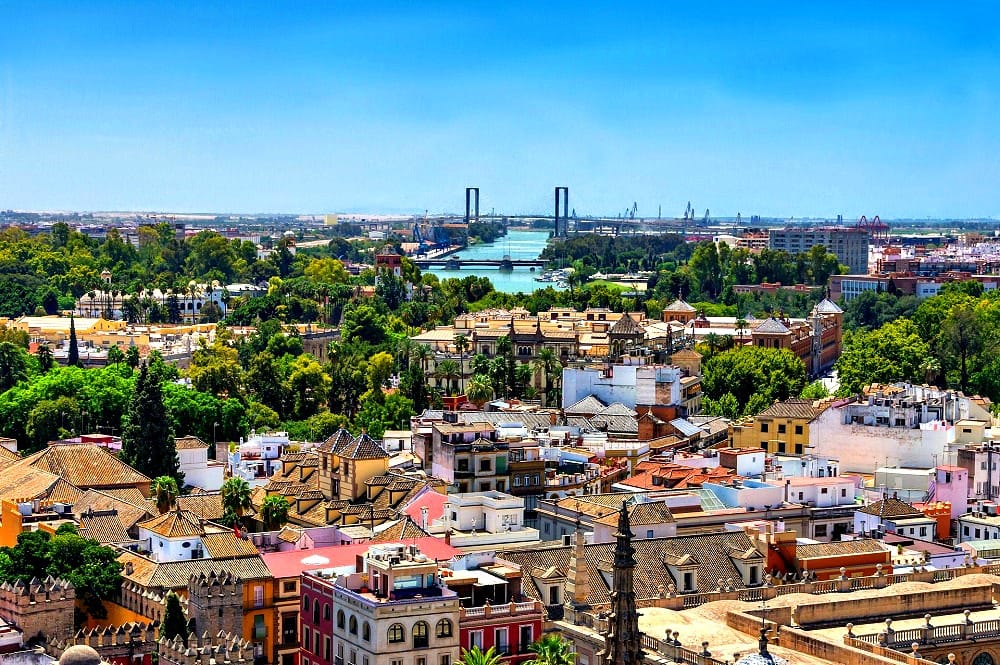 A Spanish word with Arab origins, azahar is the name given to the beautiful white citruses’ flowers that can be seen all over the Andalusian cities during spring. It can be lemon, citron, or orange, but in Seville it’s all about bitter orange trees. The city’s beautiful streets and idyllic squares are adorned with over 14,000 bitter orange trees, whose perfume permeates the air, offering a true spectacle for the senses. The season usually starts at the beginning of March or even in late February, and lasts for about three magical weeks.

But the smell is not the only great thing about Seville in spring. The season comes with sunny days, spectacular blue skies, and a burst of energy and vivid colors that brighten up every hidden plaza, every quaint alley, and every ancient building façade of this glorious city. One of the most famous religious celebrations in Spain and certainly the most important one in Seville, Semana Santa (Holy Week) is a major event consisting of a series of spectacular processions (pasos) held through the city in the week leading up to Easter.

Each year, Seville’s lovely cobblestone streets are taken over by all kinds of flamboyant floats carried away by the city’s legendary church brotherhoods. Each wood float features a number of statues that depict evocative scenes from the bible. The most remarkable are the ancient sculptures of Virgin Mary in mourning for the death of her Son, which are regarded as artistic masterpieces of great historical and religious importance.

Some of the parades are accompanied by brass bands, other buried in silence, but the atmosphere is always one of reverence, mysticism, and grand solemnity. 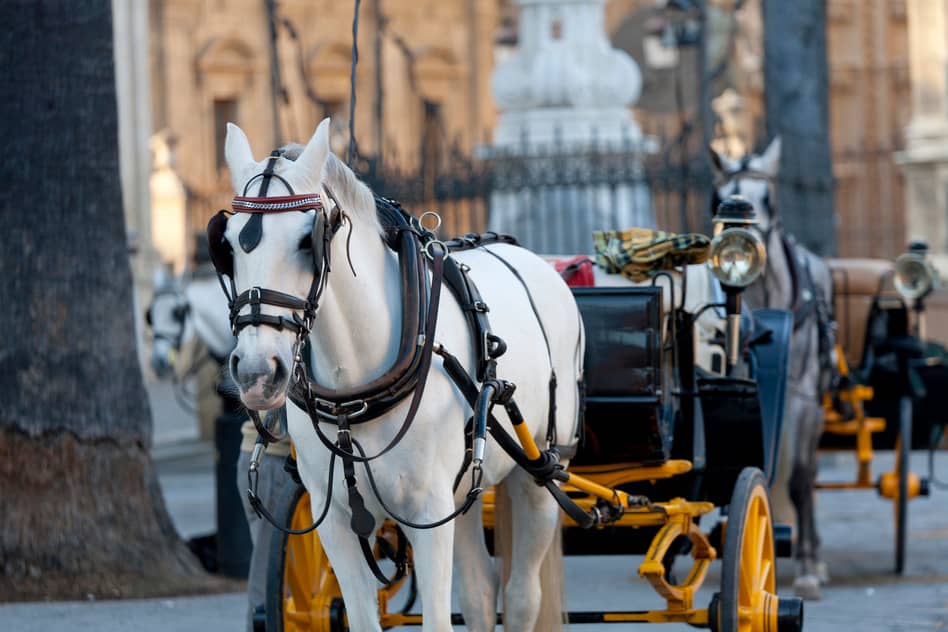 The festival’s epicenter is the district of Los Remedios on the banks of the Guadalquivir River, where thousands of creatively decorated casetas (tents) and endless lines of brightly colored lights set up the scene for a downright exuberant spectacle, one that celebrates all things quintessentially Spanish.

The streets are packed with revelers, elaborately festooned carriages, proud Sevillanos riding their beautiful horses, and lovely senoritas in spectacular flamenco dresses. The atmosphere is cheered up by live groups of singers playing their sweet-sounding guitars and vigorous castanets, inviting everyone to dance along.

The wonderful Seville Fair is a terrific opportunity to discover and indulge yourself in the culture, history, and traditions of this magnificent land. The vibrant Feria de Abril coincides with the city’s major bullfighting season, so if you are an admirer of Spain’s oldest and most controversial sport, there’s hardly a better time and place to come and see it than Seville in spring.

Along with Ronda, Seville is considered the cradle of modern bullfighting in Spain and one of the few remaining cities where this form of art still pulses with ardor. Furthermore, Sevillanos are among the most passionate corrida fans in the country, and their 18th century oval-shaped Plaza de Toros de la Maestranza is one of the oldest and most spectacular. All these make flamboyant Seville an ideal destination to watch the most distinguished matadors in their gleaming suits of lights challenging the raging bulls. Just like bullfighting, flamenco is a staple of Spain’s vibrant culture and one of the most beautiful and evocative traditions that can be observed throughout the region of Andalusia, particularly in Seville.

Each spring, the southern Spanish autonomous community plays host to the Flamenco Viene del Sur (Flamenco comes from the South) concert series. Already in its 17th edition, this major affair organized by the Andalusian Agency for the Development of Flamenco has already become one of the country’s most important flamenco events. The festival consists of a number of performances held in the foremost cities of Andalusia, including Seville, Malaga, Granada, Cadiz, Almeria, Huelva, Cordoba, and Jaen.

In Seville, the concerts take place at the Teatro Central, and performers vary from the country’s leading flamenco artists to rising talents who try to reinvent and mix the traditional Spanish rhythms with various types of Jazz and world music. The event usually runs from the end of February to the end of May.