Did You Know That Barcelona…

It’s true that Barcelona is famous for its sunny blue skies, stylish Mediterranean vibe, and quirky architecture, but did you know the city is also a cannabis smoker’s paradise? Or that is home to the biggest metropolitan park in the world?

The list below explores 25 interesting, yet little-known facts about Barcelona. 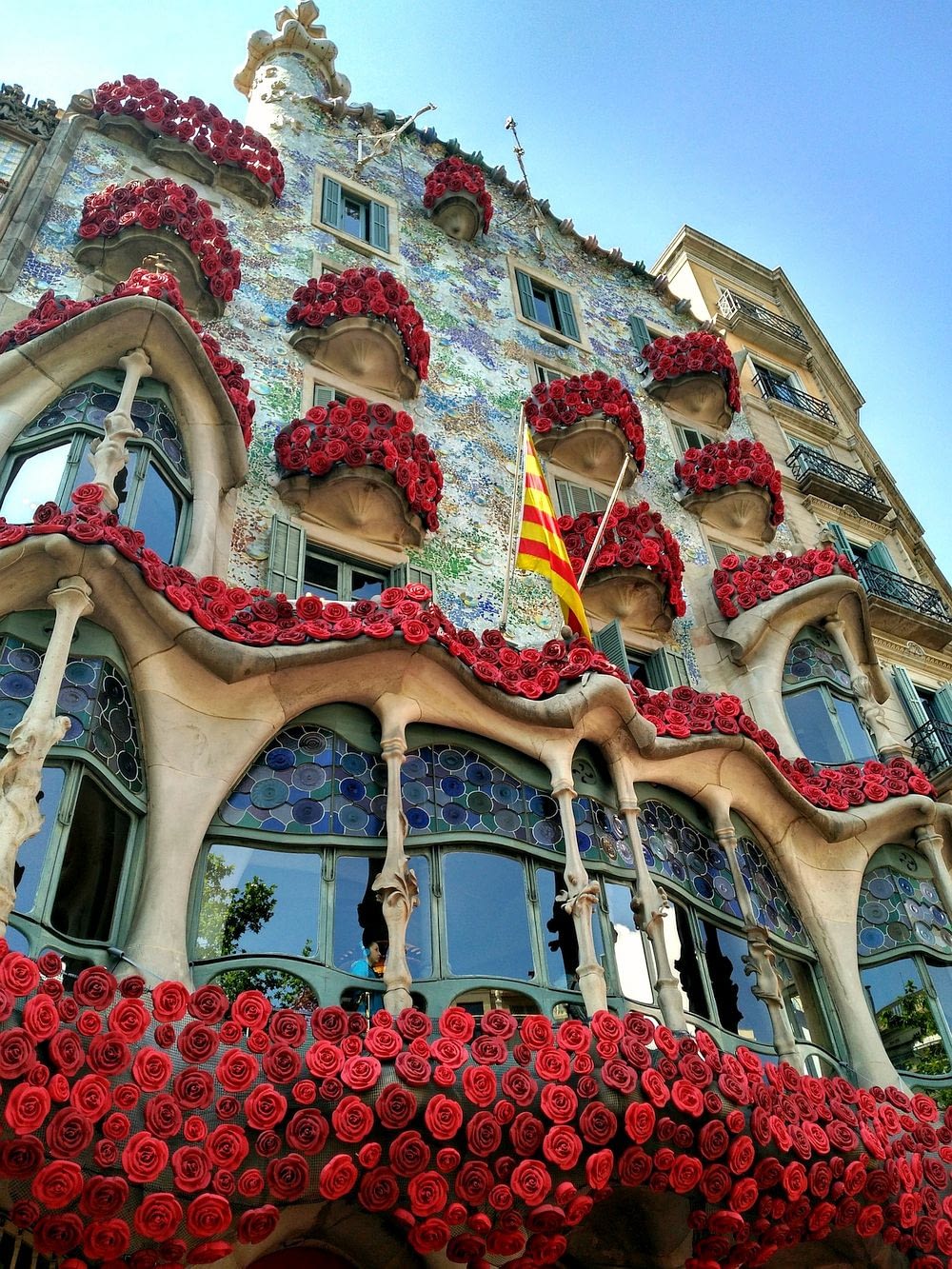 Although the medal is usually given to one or a group of architects, Barcelona is the first and only city on the planet to receive this honor.

…had no beaches until the 1992 Olympics 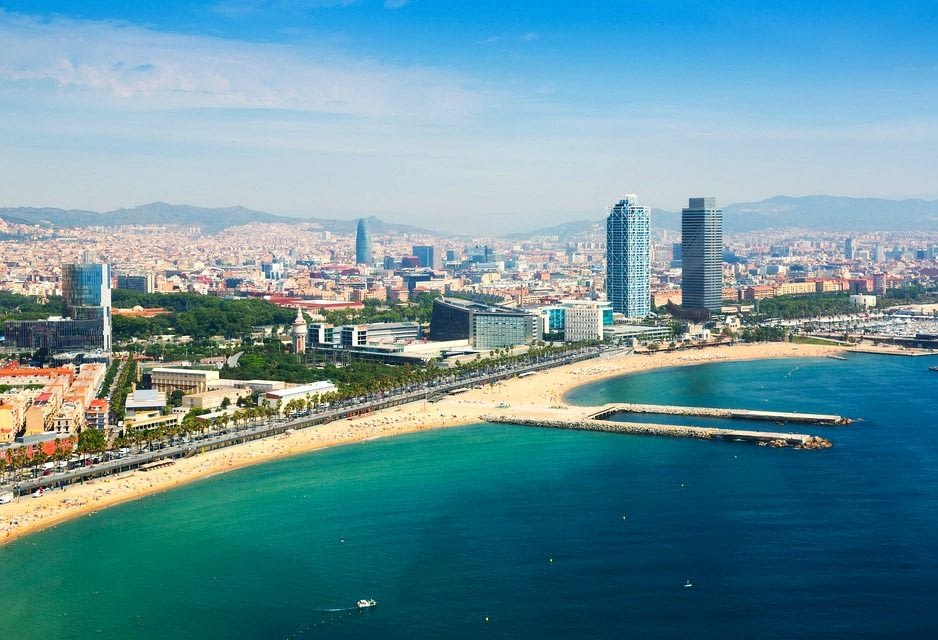 Nowadays, there are 7 blue-flagged beaches dotting the city’s 4.5 km coastline. Not to mention it has been voted the “Best Beach City” by National Geographic.

…is home to the busiest pedestrian street in Spain

Located in Barcelona’s Ciutat Vella (Old Town), the shopping mecca Portal de l’Àngel is not only one of the most expensive streets in Spain, but also the country’s busiest walkway, with an average of 150,000 people walking down it daily!

…is older than Rome 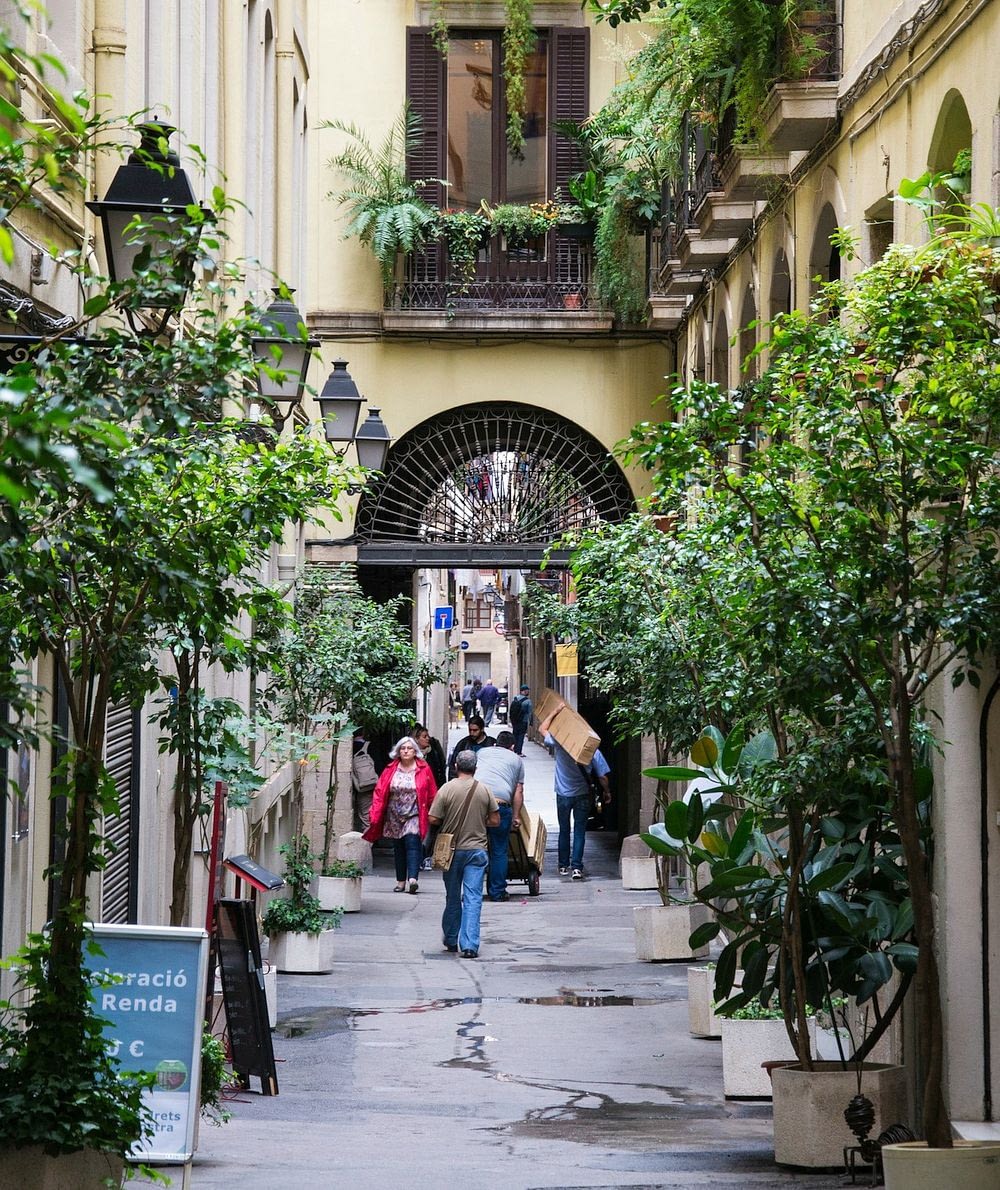 One theory about the origins of Barcelona says the city may have been founded by Hercules, 400 years before Rome was built, but the truth is, no one really knows…

Home to over 700 cannabis clubs, it’s no surprise Spain is often referred to as “Holland of the South”. More than a half of these clubs can be found in Barcelona, making the city a smoker’s haven. However, these “Asociaciones Cannabicos” are only intended to Spanish residents and getting a membership is not the easiest.

…is the most visited city in Spain

Barcelona comes 4th on 2016’s ranking of Europe’s most visited cities, after London, Paris, and Istanbul, yet before Rome, Milan, and Amsterdam. With over 8.20 million international visitors per year (2016), the Catalan capital is also the 12th most visited city in the world, surpassing Taipei (15th) and Shanghai (19th).

…is the biggest city on the Med 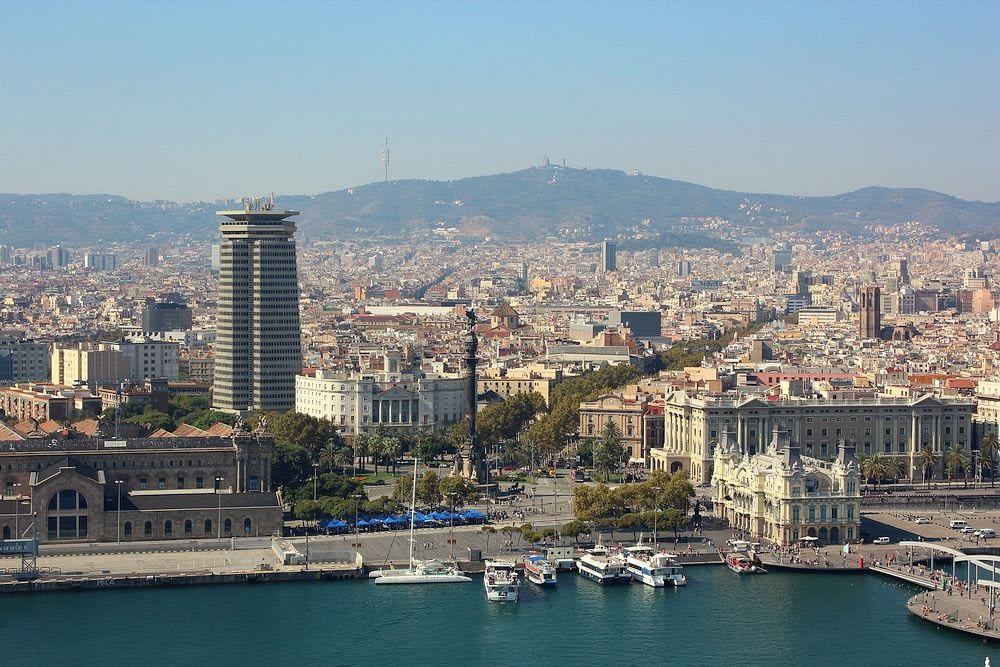 Barcelona covers an area of 101.4 km2 and has a population of 1.602 million (2014), which makes it the largest city on the Mediterranean Sea, and the second largest in Spain, after Madrid.

Every year, on 23rd April, Barcelona celebrates the patron saint of Catalonia with roses and books. Also known as El Día de los Amantes (Lovers’ Day), La Diada de Sant Jordi (Saint George’s Day), which coincides with the death of both Cervantes and Shakespeare, inspired UNESCO to create the World Book and Copyright Day in 1995.

…could have been home to the Eiffel Tower

That’s right, if everything had gone according to Gustave Eiffel’s initial plan, Paris’ most famous landmark would now be in Barcelona. Unfortunately, Spain rejected the architect’s project, deciding that it was too “radical” and did not fit the city’s aesthetics.

…plays host to the biggest and busiest cruise port in Europe 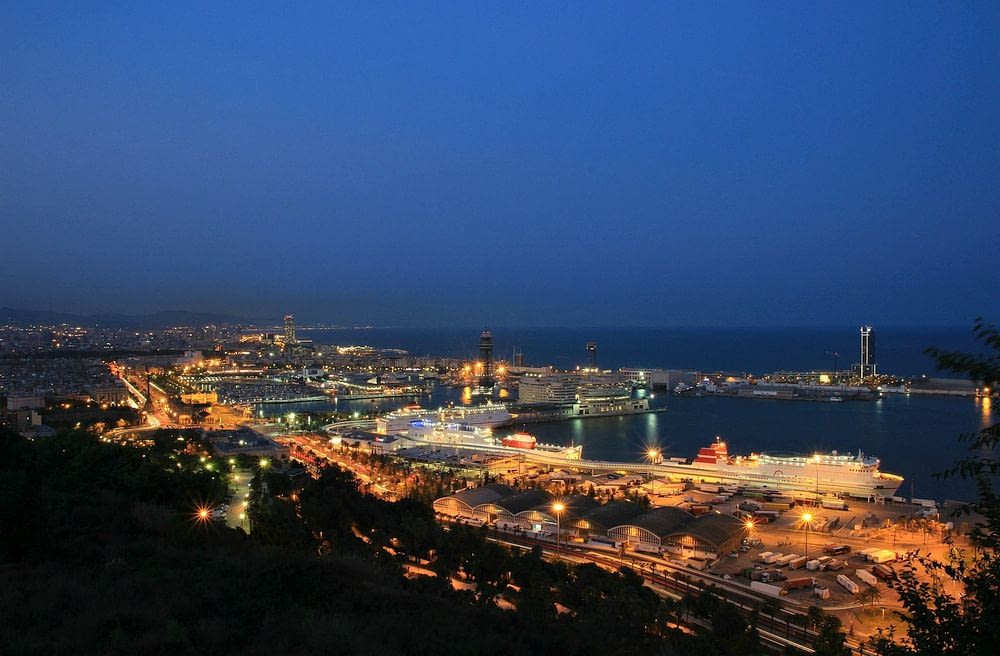 There are nearly 3 million cruisers passing through the 7-terminal cruise port of Barcelona each year, making it the 6th busiest in the world and no.1 in Europe.

…accommodates the first beach ice bar in the world 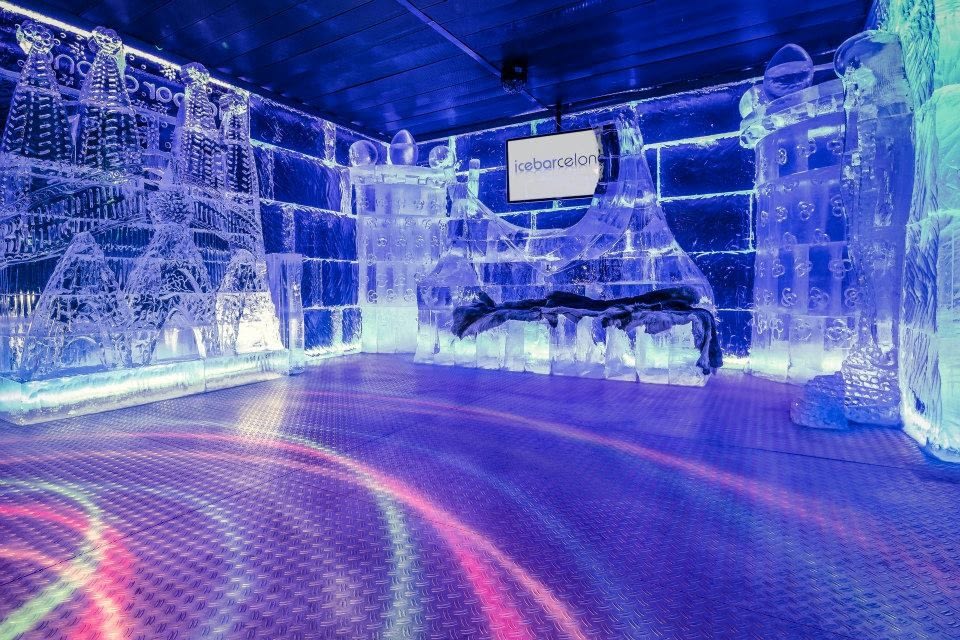 Opened in 2007 on Barcelona’s El Somorrostro beach, Icebarcelona is the world’s first ice bar located on the beach.

…is home to the largest football stadium in Europe 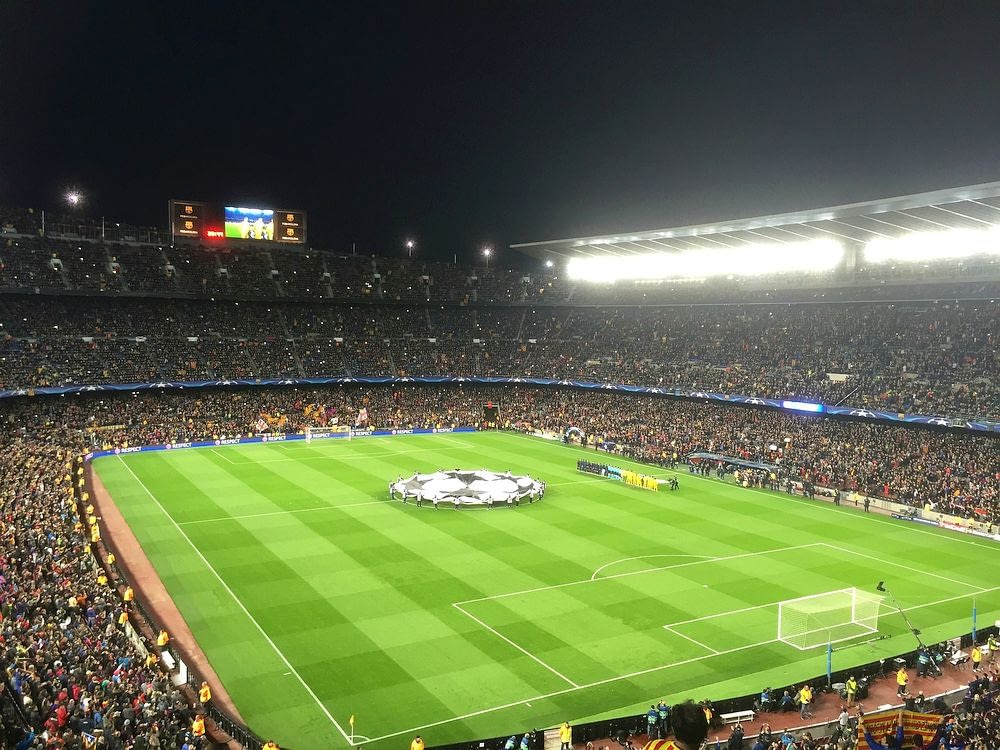 Covering a surface area of 55,000 square meters, Camp Nou, FC Barcelona club’s home stadium, has a capacity of 99,354 people and is not only the largest football stadium in Europe, but also the 2nd biggest in the world, after Rungrado May Day Stadium in Pyongyang, North Korea. 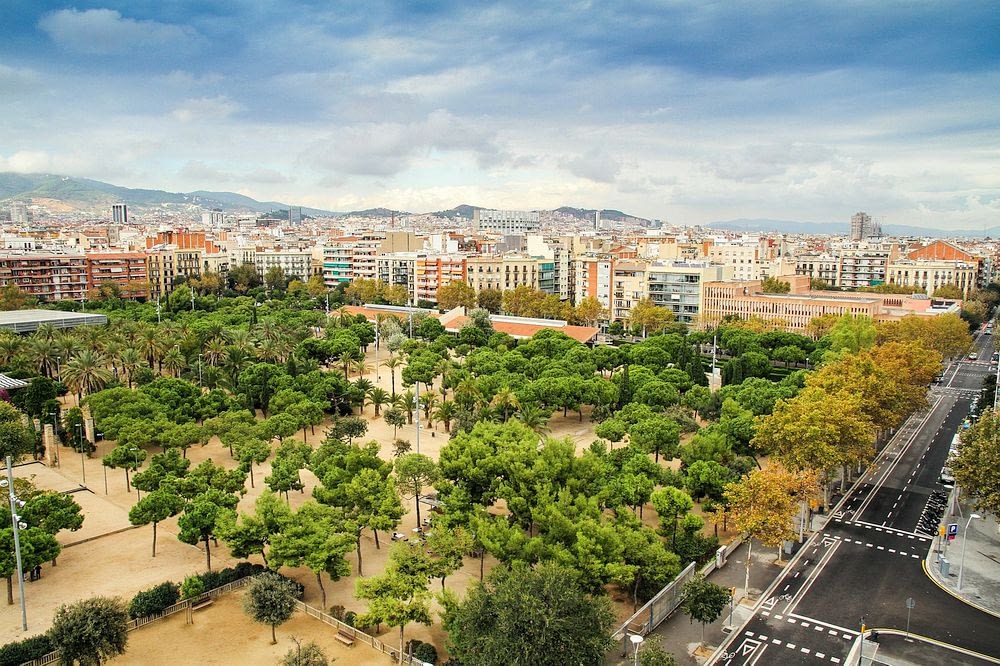 More than 10 percent of the city is covered by urban parks, and the surface grows about 10 ha every year, translating into a staggering 18.1 square meters of park area per inhabitant.

…loves neither flamenco nor bullfighting

Although world-famous flamenco artists can be seen regularly performing in venues across Barcelona, this traditional Spanish art form is not so much appreciated by Catalans, who have their own native dance – the sardana. As for bullfighting, this was banned in Catalonia in 2010.

…prides itself with the largest metropolitan park in the world 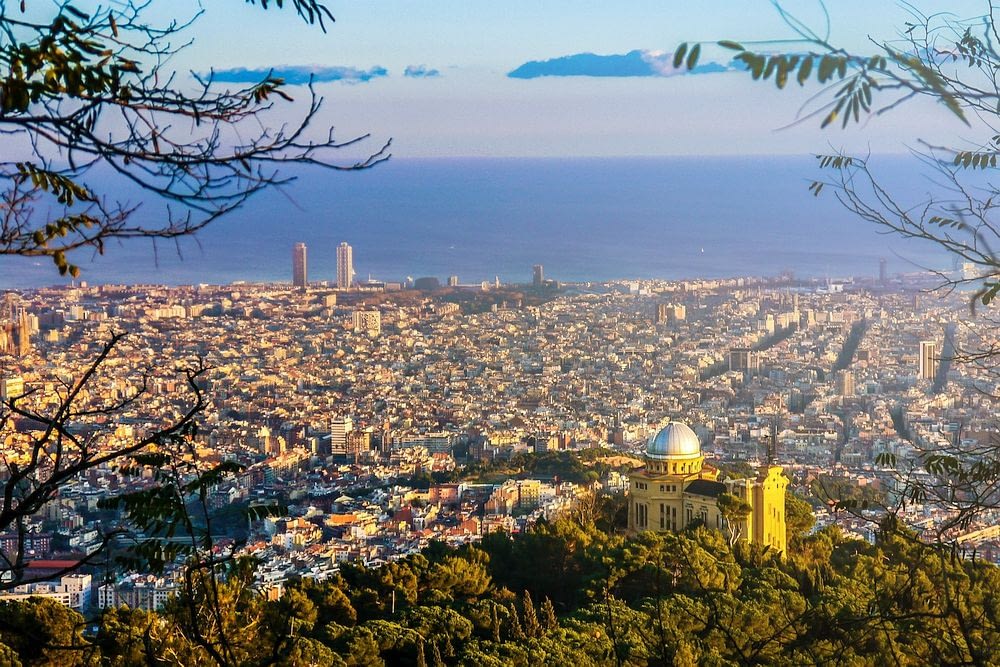 With an area of 84.65 km², Barcelona’s Parc de Collserola is the largest metropolitan park in the world – 22 times larger than Central Park in NYC, if you were wondering. 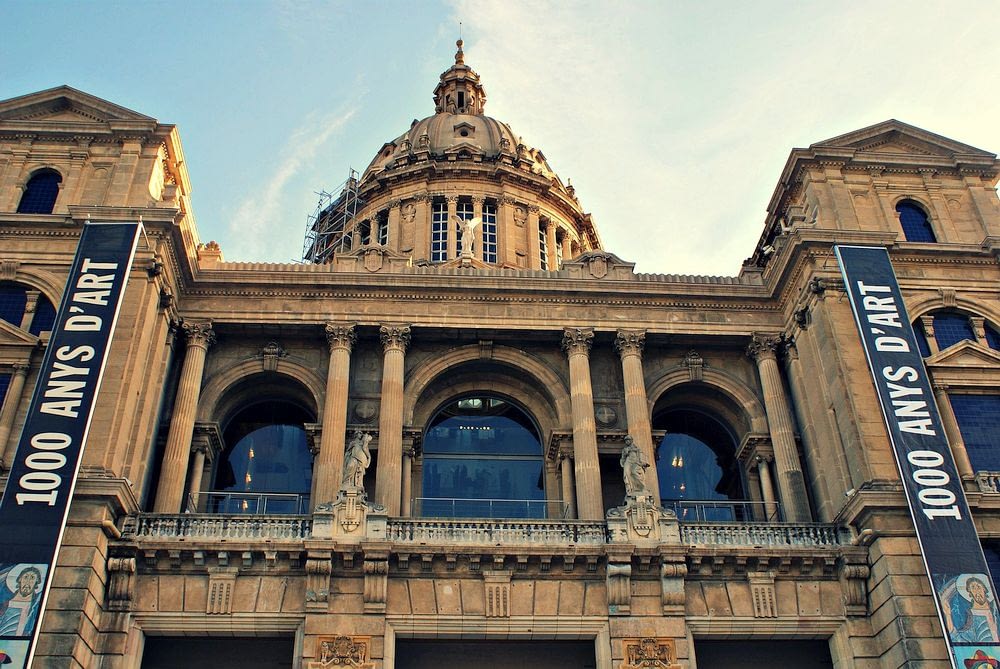 Surprisingly, the most visited is neither the spectacular Fundació Joan Miró, nor the art-filled MNAC, not even the state-of-the-art Museu d’Art Contemporani de Barcelona (MACBA), but the beloved FC Barcelona Museum, with over 1.5 million visitors a year.

…has more than 20 Michelin-starred restaurants

Expect insanely creative chefs, an haute take on tapas, and the best of old and new Catalan cuisine.

…played an important role in determining the meter

In 1792, French astronomers Jean Baptiste Joseph Delambre and Pierre François André Méchain managed to calculate the distance between the North Pole and the Equator using the measurement of the meridian arc distance between Dunkirk and the fortress on Montjuïc in Barcelona, as well as the latitude of the two cities. This is how the first prototype meter was determined.

…is among the world’s most bike-friendly cities 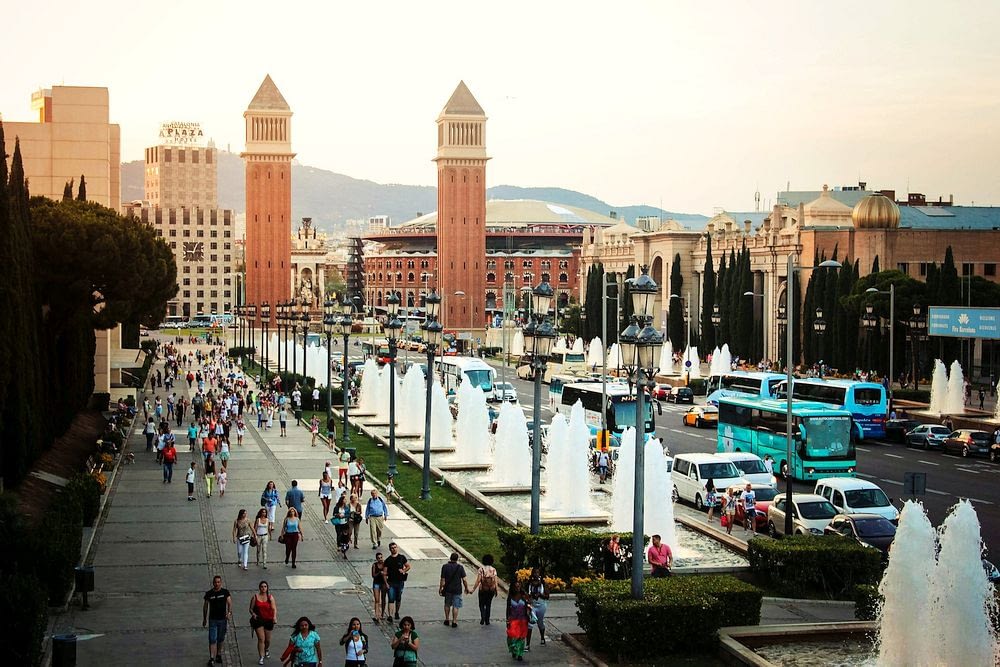 …is home to one of Europe’s most powerful supercomputers

Housed in a former 19th-century chapel, which now functions as Barcelona Supercomputing Center, MareNostrum is the largest supercomputer in Southern Europe and the 93rd fastest in the world. 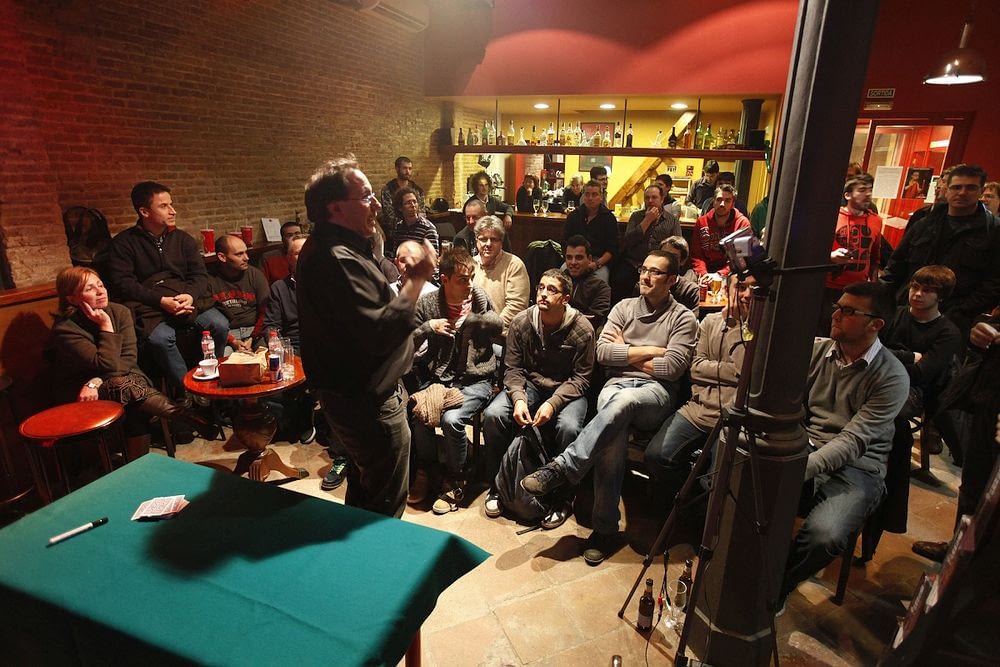 Established in 1881 at Carrer de la Princesa 11, in Barcelona’s Born district, El Rei de la Magia is one of the world’s oldest magic shops and museums.

…is one of the most LGBT-friendly cities in Europe

Madrid may have the largest gay community in Spain and the gayest neighborhood on the planet (Chueca), but Barcelona, with its anti-homophobia law adopted in 2014, sunny Mediterranean climate, and vibrant LGBT club scene and festivals, is no doubt Europe’s gay summer party hotspot. Plus, it’s only 35 km northeast of Sitges, one of the top LGBTQ destinations worldwide. 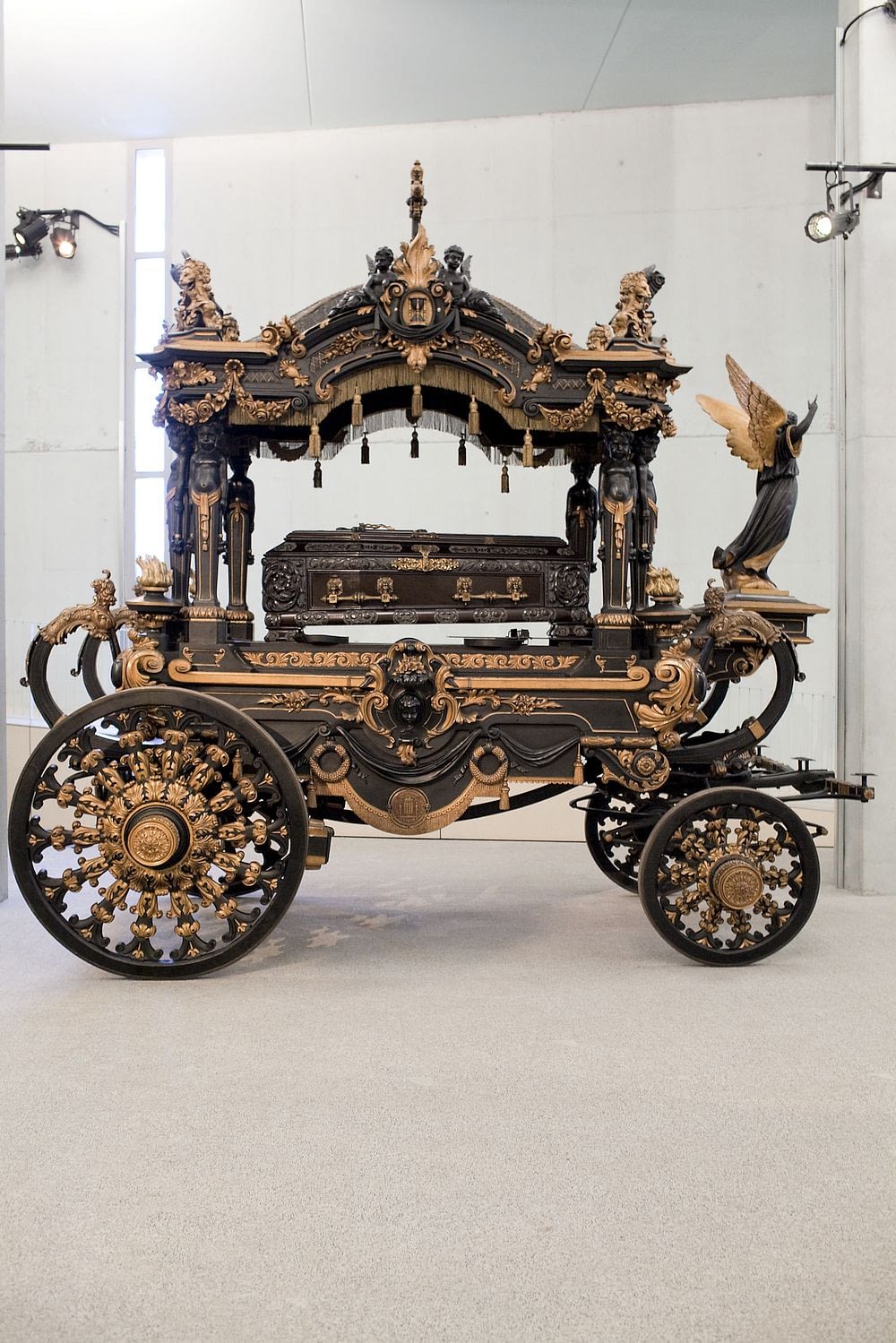 Home to Europe’s only public display of funeral carriages, the Museu de Carrosses Fúnebres at the Montjuic Cemetery stands as evidence that the dark side of Barcelona is as fascinating as its sunlit facades.

This recognition is a testament to Barcelona’s commitment to sustainability in numerous fields, including transport, accommodation, as well as food & drink. 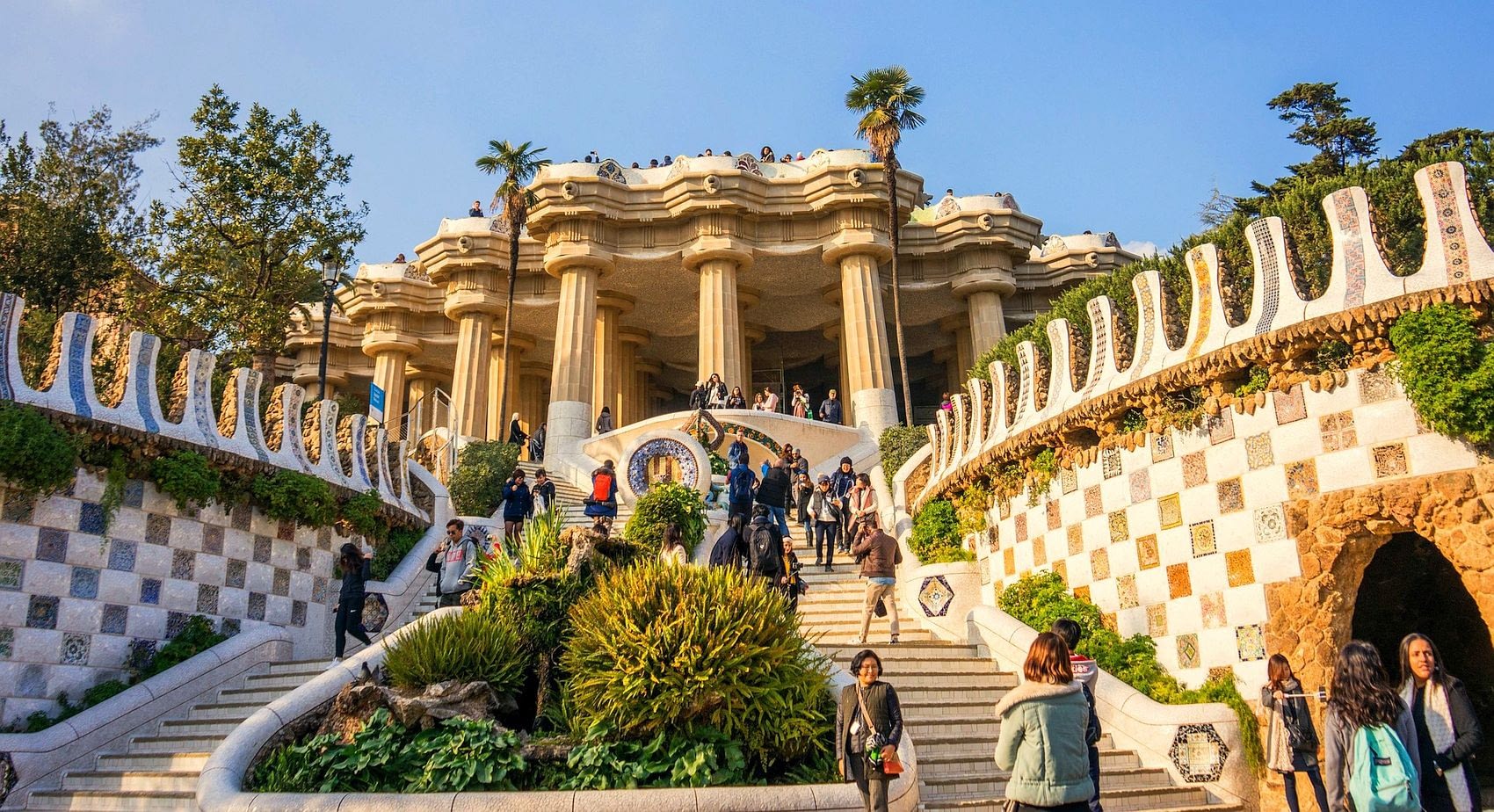 Two of them – Palau de la Música Catalana and Hospital de Sant Pau – have been designed by Modernista architect Lluis Domenech i Montaner, while seven belong to Antoni Gaudi, Barcelona’s most famous son. These are part of the “Works of Antoni Gaudí” list and include Park Güell, Palau Güell, Casa Milà, Casa Vicens, La Sagrada Família, Casa Batlló, and the Crypt of the Church at Colonia Guell. 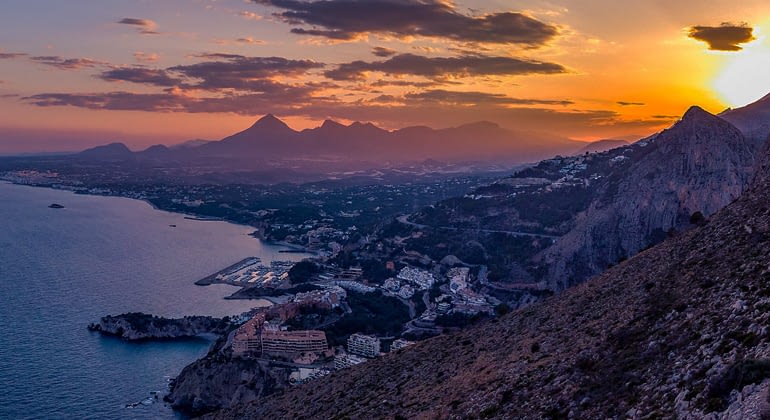