Catalonia is one of the most distinctive and beautiful regions in Spain – an autonomous community with its own language, culture, cuisine, and treasures, plus 5 UNESCO World Heritage Sites and 2 Masterpieces of the Oral and Intangible Heritage of Humanity: the Castellers and the Patum de Berga. 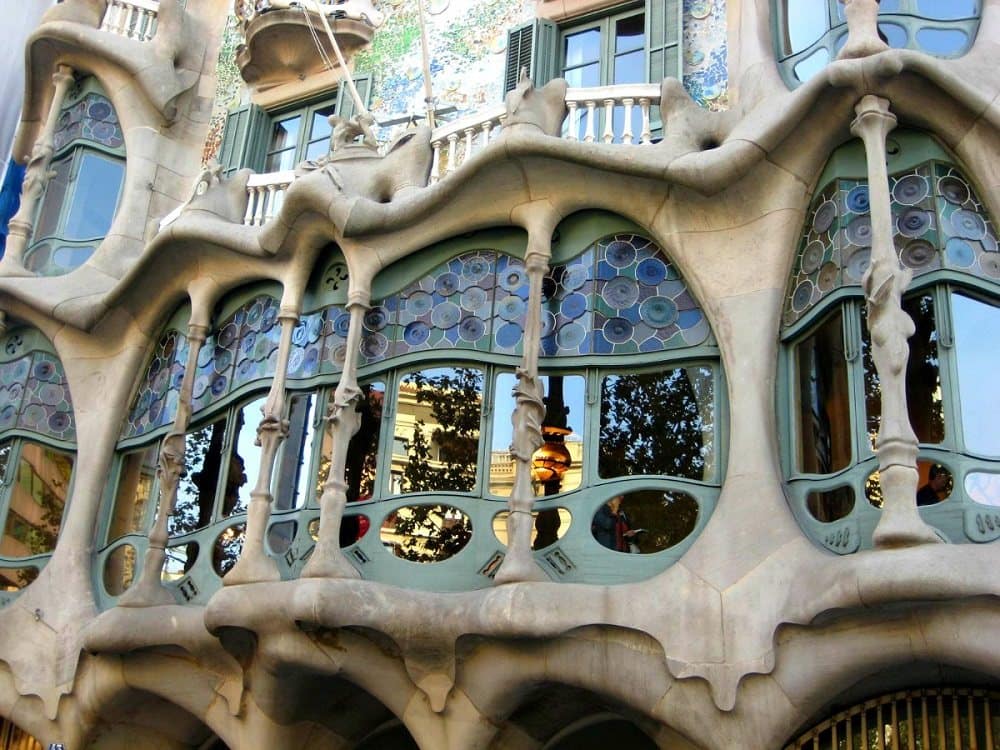 Probably the most famous treasures of Catalonia, the Works of Antoni Gaudi have been included in the sought-after list of UNESCO World Heritage Sites due to their exceptional contribution to the 19th and 20th centuries architectural development. The list consists of 7 outstanding pieces: Parc Guell, Palau Guell, Casa Mila, Casa Vicens, Casa Batllo, the Crypt in Colonia Guell, as well as the marvelous Nativity façade and Crypt of Sagrada Familia.

Although some of these buildings, including Sagrada Familia, Casa Batllo, Casa Mila (also known as La Pedrera), and Parc Guell, are among Barcelona’s most famous landmarks, the others have remained relatively unknown for tourists. The magnificent Guell Palace lies in El Raval district, just a few steps off La Rambla, and is a wonderful place that any aficionado of Gaudi’s architectural style should visit while in Barcelona. Casa Vicens is Gaudi’s first notable work and can be found in the bohemian neighborhood of Gracia. Unfortunately, the house is privately owned and its interior cannot be visited, but even so, the astonishing façade with Moorish influences does worth the trip.

Last but not least, Gaudi’s hidden gem – Cripta de la Colonia Guell has been declared a UNESCO Heritage Site in 2005 thanks to its exceptional design, with twisted columns that seem to defy the laws of physics. The church is located in the quaint village of Santa Coloma de Cervello, 20 km west of Barcelona.

While lesser-known than the illustrious Antoni Gaudi, the Catalan Art Nouveau architect Lluis Domenech i Montaner has endowed Barcelona with two of the boldest and most beautiful buildings of modernisme català: the lavish Palau de la Musica Catalana and the Hospital de Santa Pau, which together have been declared a UNESCO World Heritage Site.

Situated in Barcelona Old Town, in the area called La Ribera, the exuberant Palau de la Musica Catalana stands out due to its spectacular architectural style, great historical and cultural value, and outstanding qualities. It boasts one of the most beautiful concert halls in the world. Equally impressive, the Hospital de Sant Pau lies in the Eixample district as one of the world’s most unusual and complex edifices of its kind. 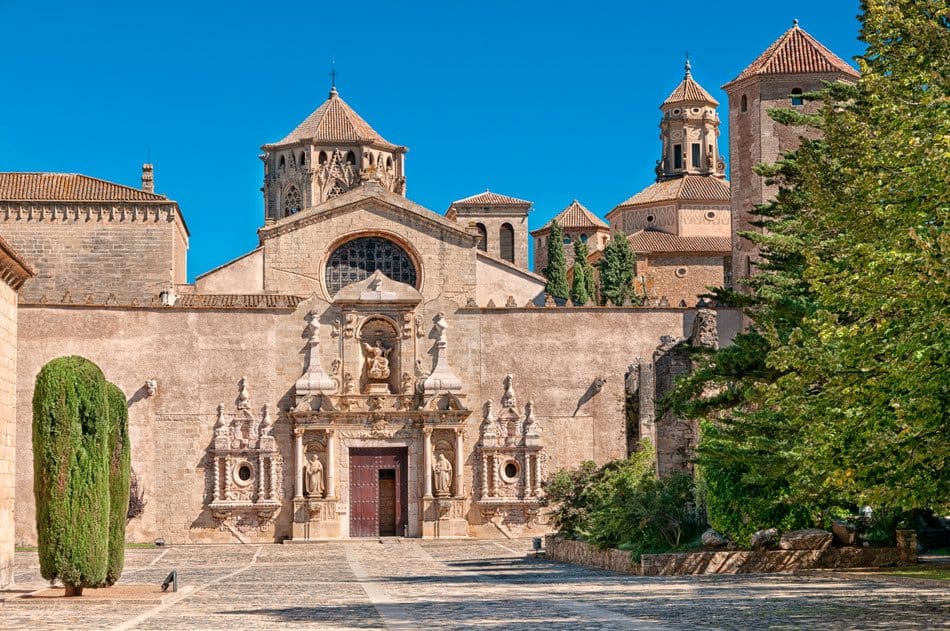 Nestled in the province of Tarragona, at the feet of Prades Mountains, the Poblet Monastery (Reial Monestir de Santa Maria de Poblet) is not only a Catalan site of special historical, artistic, and religious interest, but also one of the largest and most important Cistercian abbeys in the world. It was founded in the 12th century, and during its long existence has also been used as a military complex and as the royal pantheon of the Crown of Aragon’s kings. 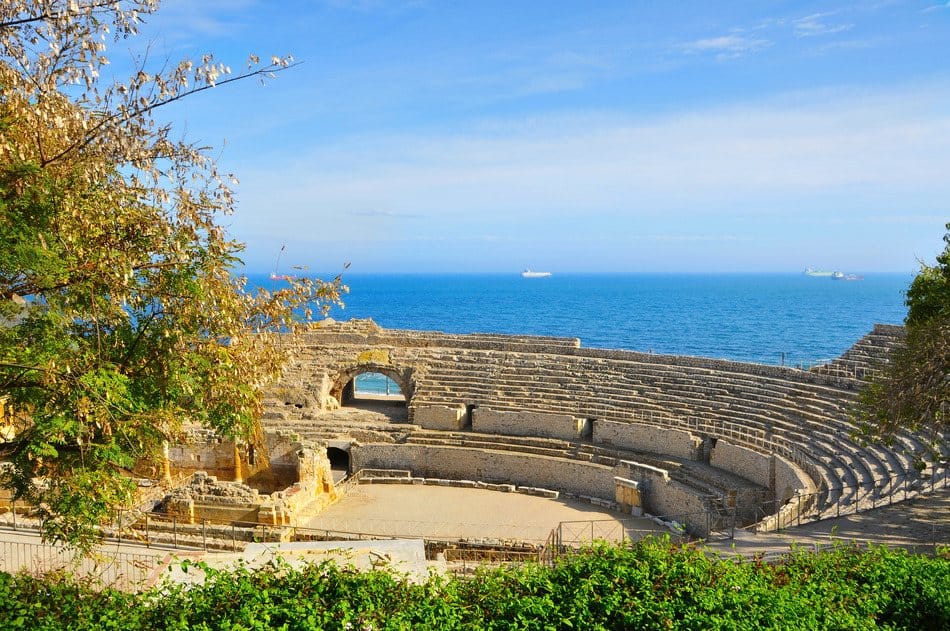 The Archaeological Ensemble of Tarraco is the oldest and most important Roman settlement on the Iberian Peninsula. It consists of a series of well-preserved buildings that attest the great importance of Tarraco (present day Tarragona) during the Roman Empire. The ancient city of Tarraco was the capital of Hispania Citerior.

The ruins can be found in and around Tarragona, and some of the most important include: the Colonial Forum in the heart of the city; the Amphitheatre, which lies beautifully near the seashore; the Roman Tomb, also known as the Torre dels Escipions; as well as the Pont de les Ferreres, an ancient aqueduct situated 4 km outside of Tarragona.

The Archaeological Ensemble of Tarraco is an easy one hour drive from Barcelona. 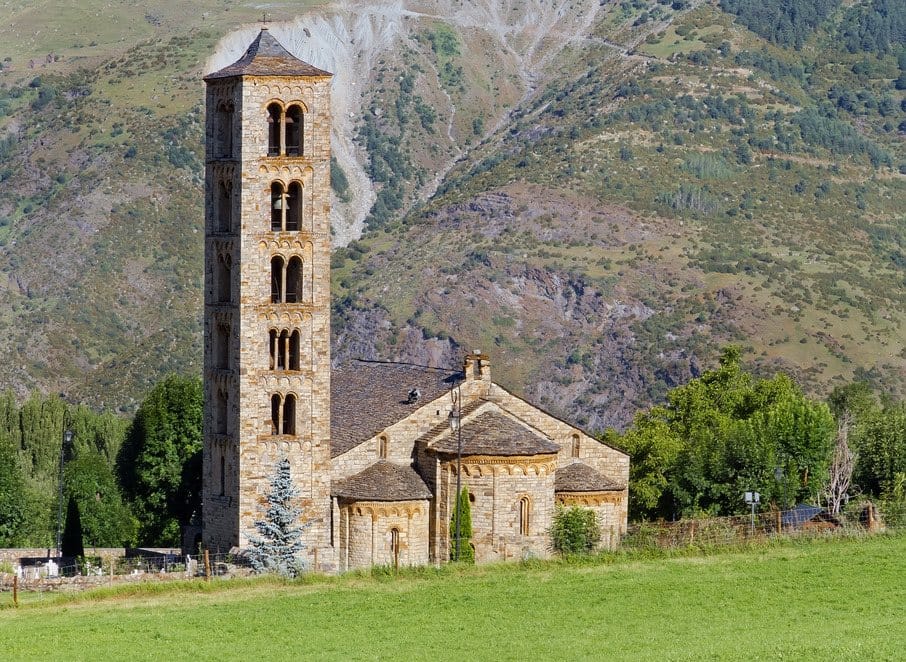 According to UNESCO, the Catalan Romanesque Churches of the Vall de Boi are “an especially pure and consistent example of Romanesque art in a virtually untouched rural setting”. They are located on the edges of the Pyrenees, in the province of Lleida, and cover 9 ancient churches beautifully decorated with Romanesque wall paintings and remarkable bell towers. Each church belongs to one of the tiny quaint villages that comprise the valley.

Some of the original works of art found in the churches are now preserved in MNAC (Museu Nacional d’Art de Catalunya).

In addition to the 5 UNESCO World Heritage Sites, Catalonia prides itself with two outstanding traditions declared by UNESCO Masterpieces of the Oral and Intangible Heritage of Humanity: the Castellers – Catalonia’s peculiar human towers, and the Patum de Berga, a flamboyant festival taking place each year during the Corpus Christi in the town of Berga.